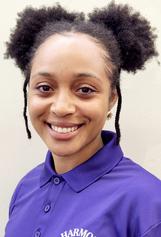 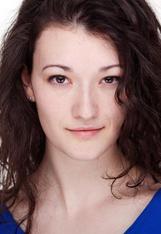 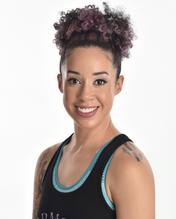 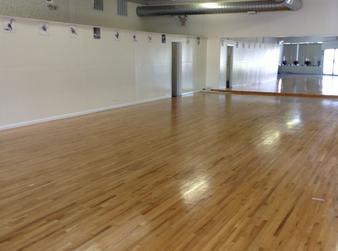 Harmony Dance Center is an academy specializing in quality dance instruction.  By offering strong technical dance education paired with creative exploration and encouragement in a positive learning environment, students are able to reach their artistic potential both on and off stage.

Harmony Dance Center allows for students of all levels and abilities the chance to experience and appreciate dance.  We have  classes for both the beginner and advanced dancer.  Placement is done based on age and ability, allowing for optimal instruction and growth.

Harmony Dance Center LLC is owned an operated by DeeDee Mayland Woodard.  Founded by Michelle Oxendine, as Oxendine Dance Studio, the studio has been in operation for over 30 years.   In 2014, Miss Michelle passed her torch to Miss DeeDee.

Harmony Dance Center strives to provide both quality dance education and artistic exploration, both of which were also a shared vision of Oxendine Dance. 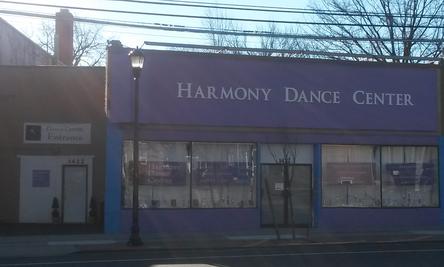 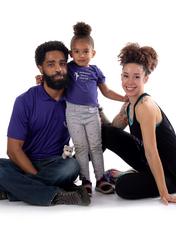 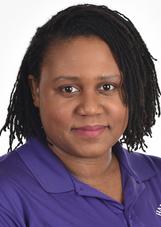 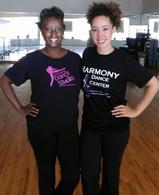 Ms. DeeDee attended Rutgers University as a BFA Dance Major from 2000-2003.  She graduated from Montclair State University in 2010, where she earned her B.A. in Health Education and a Minor in Dance.  She joined the faculty at Oxendine Dance in 2003, where she taught for 11 years before taking over the studio in 2014, the year Harmony Dance Center was born!

Miss DeeDee began dancing at the age of 6 at Melody's Dance Studio in Brodheadsville, PA.  Her training includes The Academy of Classical Ballet under the direction of Donna Pyryt, The Joffery Ballet School, Briansky Saratoga Ballet School, and The Ailey School.  DeeDee was awarded a fellowship to study at The Ailey School in 1998 was selected to attend the New Jersey Governor's School of the Arts for Dance at The College of New Jersey studying with Dr. Kathryn Kearns on full scholarship in 1999.

Ms. DeeDee is a member of Dance New Jersey, and continues her professional development with Dance Teacher Summit and Rhee Gold Dance Life studio owner and teacher workshops and continued teacher training.  She has served as an adjudicator for the New Jersey Governor's Award in Arts Education (NJGAAE) and New Jersey National Honors Society in Dance (NHSD).  Miss DeeDee was the proud recipient of the National Black MBA Association of New Jersey's "2016 Community Leadership Award" and was featured in NJMOM.com as a featured MOM-preneur (https://njmom.com/mompreneur/deedee-woodard-harmony-dance-center-our-njmompreneur-of-the-week/).   She and husband, Don Woodard, welcomed their first child in 2017 and are expecting their next baby in Winter 2022!

Miss Amanda - Amanda Guas is currently completing her senior year of at Montclair State University.  During her time at MSU, she has performed works by Nancy Lushington and Jessica DiMauro.  Amanda received her early training at ATD Dance Center and Dance Impressions from the age of 2 all the way throughout high school. At the age of 9 Amanda was recruited to join New Jersey Dance Theatre Ensemble, a pre-professional dance company.  During Amanda’s time at NJDTE, she performed in "The Nutcracker" in the roles of: Clara, Toy Soldier, Dew Drop just to name a few.  While at NJDTE, Amanda had the wonderful privilege of working with Nancy Turano, Bradley Shelver, Belinda McGuire, Katarzyna Skarpetowska, and Artistic Director of Parsons Dance company Elizabeth Koeppen, among other highly regarded dance educators/choreographers.

Miss Kayla - Kayla Fleming graduated from Montclair State University in 2021 with her BFA in Dance. During her time at MSU, she performed works by:  Nancy Lushington, Maxine Steinman, Jessica DiMauro, & Christian von Howard.  Kayla received her early training at Michelle Oxendine Dance Studio / Harmony Dance Center from the age of 2 through high school.  While a student Columbia High School in Maplewood, she participated in the Special Dance Company under the direction of Kandice N. Point-du-Jour.  Kayla received a scholarship to attend New Jersey Dance Theatre Ensemble (NJDTE), where her training in Modern Dance and Ballet advanced.  While at NJDTE, Kayla had the wonderful privilege of working with Nancy Turano, Bradley Shelver, Belinda McGuire, Katarzyna Skarpetowska, just to name a few.

Miss Qianna - Qianna McDonald is a New Jersey based artist. She graduated from the University of the Arts where she received a Bachelor of Fine Arts in Dance and Minor in Business.  She began dancing in church as a child and went on to study performing arts to further explore her passion for dance.  Throughout her years of dancing, she has had the opportunity to study abroad. She has worked with various artists, including: Camille Brown, Kim Bears- Bailey, Sidra Bell Dance New York, Boris Charmatz, and Cleo Parker Robinson to name a few.  While Miss Qianna is presently active in the professional dance community, she teaches dance classes within the Tri- state area. Additionally, McDonald is currently pursuing her certification in Pilates with a Pilates Academy International (PAI) training program. As she continues to grow and hone her skills, Miss Qianna hopes to continue exploring new discoveries within her journey as a movement artist and educator.

Ms. Rebecca - Rebecca Veale graduated in 2016 from Mason Gross School of the Arts at Rutgers University with a B.F.A. in Dance and Minor in Psychology. She has worked with choreographers John Evans, Kim Gibilisco, Doug Elkins, Randy James and Keith Thompson. She has also had the pleasure of working with Michele Mossay, Luis Martinez and Carolyn Dorfman. Rebecca was a part of University DanceWorks at MGSA from 2014-2016.  Ms. Rebecca has performed at The Rockette Alumnae Foundation-Luncheon, Prudential Center, various collegiate events such as American College Dance Association (ACDA) and other venues across the metropolitan area. Rebecca has completed her training in 2015 for the Polestar Pilates teacher training program affiliated with Rutgers University and holds a certification as a National Certified Pilates Teacher (NCPT) from Polestar Pilates at Rutgers Mason Gross.
Miss Serenity - Serenity Simmons is a Certified Pre-School AcroDance Instructor (ages 2-6), through Acrobatic Arts, Inc.   Serenity started dancing at the age of 4, studying at Creative Expressions and later Michelle Oxendine Dance Studio, where she studied with Miss DeeDee.  From 2005-2006 she served as Dance Captain for the UHS Performing Arts Company.  In 2008, she founded her own non-profit dance organization called "Contempo Dance Company".  The company held several dance productions, and performed at numerous charity events.  Miss Serenity attended  Montclair State University studying Public Relations.
Miss T'Keyah - T'Keyah Slaten is a graduate of Howard University with a Bachelor's Degree in Chemistry.  While at Howard, she was actively involved in their dance troupe for two years that performed at many Howard events. She trained at Michelle Oxendine Dance Studio since the age of two and had a tap solo at the age of four.  She was on the competition team and received many awards at the competitions.  She attended the Alvin Ailey Dance School in New York City.  She is a certified personal trainer, leading fitness and HIIT classes in the tri-state area. 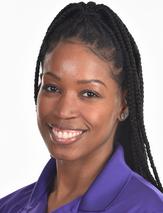 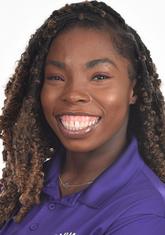 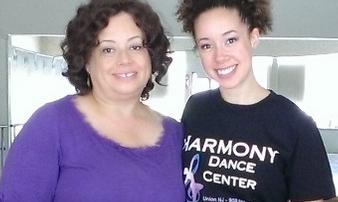 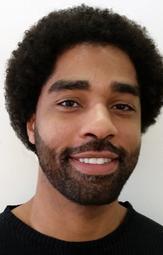 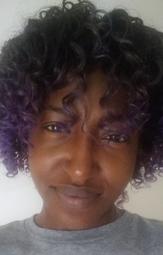 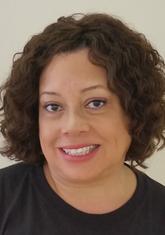 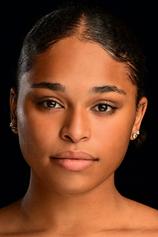 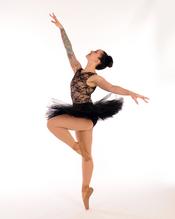 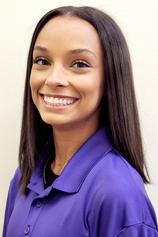 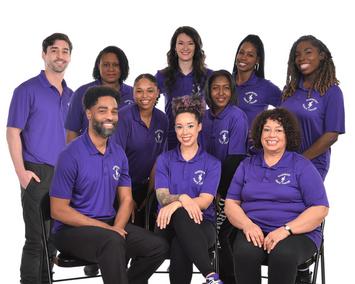 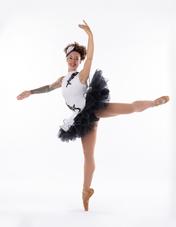 Miss Aaliyah earned her Undergraduate BSA Degree in Social and Behavioral Sciences with a Minor in Criminal Justice from Felician University in 2019.  In 2021, she completed her Master’s in Social Work (MSW) along with a Certificate in Promoting Child and Adolescent Well-being (ChAP) from Rutgers University, where she was a member of the Phi Alpha Nu Omnicron (Honor Society).  Miss Aaliyah began dancing at the age of 11, with her church's praise dance group.  She was a member of Marylawn Dance Ensemble from 2012-13 under the direction of Ms. DeeDee Mayland-Woodard.   While attending Essex County College (2013-2016), she was part of the Caribbean Club, which held performances, traveled throughout New Jersey participating in events including Annual Breast Cancer Walks.

Ms. Turia is the office manager and is also DeeDee's proud mother!  Turia graduated from Kean University with a B.A. in Elementary Education.  After having two children, she worked in the pharmaceutical and food industries for over 28 years, and still continues to do so today.  Turia's gift for voice and acting has been a blessing and true passion of hers.  She studied at the New Jersey School of Dramatic Arts and The Pit (People Improv. Theatre) and began performing with Triad Chamber Ensemble in 2001.  She also did vocal recording work at Media Sounds, The Record Plant, and Vangaurd Studios.

Mr. Don (A.K.A. Miss DeeDee's Husband) is an interdisciplinary artist, painter, sculptor, and graphic designer, with over a decade of professional experience.  His specialties include:  illustrations for album art and children's books, print work, web design, tattoo design and sculpting.  He also is well versed in digital art and computer software.  Mr. Don's educational experience includes William Patterson University and the Joe Kubert School of Cartoon and Graphic Art.  He is also currently employed by Curricula, a organization which educates companies on cyber security through video-based animated instruction.

Ms. Andaye is a graduate of The Culinary Institute of America where she received an A.O.S. in Culinary Arts, Health, and Nutrition.  She worked as a camp counselor at The Y.M.C.A. in Union N.J.  Ms. Andaye also assisted in Satellite Dance Programs through the Hillside School System with David Gillmore and Nai-Ni Chen Dance Company.  Ms. Andaye also teaches our MOVE WITH ME class, a toddler/parent song & dance experience and is a proud mom of two fantastic children, who also study dance at harmony!